My first message I ever gave at a church was in 1981 on 1 Timothy 4:8-9. I was 18 years old. And it was a good one. I have used it over and over and over again. I cleverly created a spiritual workout which included things like “sit ups” as in sit up in church and “lift weights” as in the Bible is our strength.

Over time I began to notice something when I would teach this message. People would sit up and start taking notes. Now that is a good thing. But they had the look like, “If I do this I can finally get things right.”

Do you believe that if you can get yourself together and do things better, maybe closer to the scale of perfect, you will then be loved?

Aren’t you tired of the constant hustle?

Perfectionism is not about being a better person. Perfectionism is about trying to earn approval. It is others-focused, others-driven. Think before you judge that statement.  It is true, right?

Perfectionism is really an addictive belief system that says to you that if you can be perfect in everything, you can avoid or minimize feelings of judgment and shame. You are not going to allow anyone else—or God–to shame you, so you are going to do everything perfectly. You are going to try and try and try.

And if you fail, you and only you will punish you. (And you do punish yourself, don’t you?)

You want to be safe and avoid exclusion or hurt.  No vulnerability, please.

I think at the root of every desire for perfection is simply this: fear. The way we battle fear as humans is through control. And being perfect is the ultimate expression of control.

I tried for most of my life. And I failed every time. Over, and over, and over, I made the same vain attempt, told God I would try, and ended crashing and burning because I could never achieve it. I wanted to be perfect. In my mind, a 95 on an assignment wasn’t even close to enough. Really, getting a 100 was only achieving the level I thought I should always be at. Anything less than winning any kind of competition was failure. I subconsciously berated myself any time I said anything stupid or did anything wrong. I thought that everyone must think I was a complete idiot, and frankly I couldn’t blame them, because I thought I was too. Source.

The journey began in middle school, a time of answering the fundamental question “Who am I?” Not being in the popular or exceptionally attractive crowd, I defined my self-worth in terms of academic achievement.

If I wasn’t popular or good-looking, at least I could be smart. This system worked until Algebra in 8th grade. I didn’t have any previous algebra experience and I remember sitting in class the first day wondering when letters had been introduced into math. Needless to say it was an uphill battle from there. I was in the teacher’s office multiple times a week before or after school, struggling to understand. My system of self-worth was crumbling before my eyes.

As I lost control of my academic identity, I sought to control the one thing I could: my weight.

I was attempting to find self-worth in the American definition of beauty. I cut calories where I could and exercised increasingly more. But ironically, the more I struggled to control my life through diet and exercise, the more out of control I became.

Food became a fear, control an idol. I lied to and disobeyed my parents, hurting multiple people along the way. Regardless of what anyone told me, I never felt I could be good enough for my perfectionist self, or (at times) anyone else.

I felt guilt for eating what would be considered a normal proportion. This was my Achille’s heel and Satan used it to his advantage. By my junior year of high school I was around 5’ 5” and 117 pounds.

So what pulled me out of this destructive pattern of life and thinking? God. Eventually I acknowledged I needed to change, though at first I didn’t want to. I needed to change the way I viewed God, redefine myself in terms of how He viewed me, and surrender my will, perfectionism, and desire for control to Him. Surrender does not mean the road will be easy, or that we won’t slip again, but it invites God to transform our lives as only He can do. Source.

We have his love already for this scary and uncontrollable and vulnerable life we get to live. This is our starting point. We are cracked and go from there. 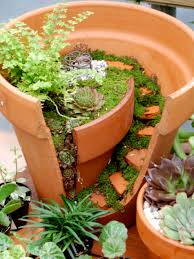 There is a part 2. So much transforming truth here.

We Leak. But That is How the Unearned Love Gets Out