Yes, the Father’s heart is all about healing. The best Biblical story about that is a story we hear again and again and again—the story of the prodigal son (Luke 15:11-32). It’s a beautiful parable of a father on the lookout waiting and waiting for the prodigal one to turns towards home. Then the father makes up the space distance by running to the prodigal, embracing, and healing. This parable Jesus told does sum up the heart of God the Father.

The story I’m going to tell you is from a Brennan Manning book, The Furious Longing for God. (Note the word furious in this book title. Too often we associate furious as a negative emotion, one of scary anger.  Yet this book makes that emotional beautiful.  Read the book!)  He told this story about one of his students who was short, extremely obese, had terrible acne, had a bad lisp, and wild hair and was a hippie who wore no shoes. He also called himself an “athgnostic” and yet was in Brennan Manning’s class for college.

The story I’m about to tell you is what Larry got for Christmas one year.

Christmas came along for Larry Malaney and he found himself back with is parents in Providence, Rhode Island. Larry’s father is a typical lace-curtain Irishman. Now there are lace-curtain Irish and there are shanty Irish. A lace-curtain Irishman, even on the hottest days of summer, will not come to the dining room table without wearing a suit, usually a dark pinstripe, starched white shirt, and a tie swollen at the top. He will never allow his sideburns to grow to the top of his ears and he always speaks in a low, subdued voice.

Well, Larry comes to the dinner table that first night home, smelling like a Billy goat. He and his father have the usual number of quarrels and reconciliations. And thus begins a typical vacation in the Malaney household. Several nights later, Larry tells his father that he’s got to get back to school the next day.

“Well, I’ll ride with the bus with you.”

The next morning, the father and son ride the bus in silence. They get off the bus, as Larry has to catch a second one to get to the airport. Directly across the street are six men standing under an awning, all men who work in the same textile factory as Larry’s father. They begin making loud and degrading remarks like “oink, oink, look at that fat pig. I tell you, if that pig was my kid, I’d hide him in the basement. I’d be so embarrassed.” Another said, “I wouldn’t. If that slob was my kid, he’d be out the door so fast, he wouldn’t know if he’s on foot or horseback. Hey, pig! Give us your best oink!”

Larry Malaney told me that in that moment, for the first time in his life, his father reached out and embraced him, kissed him on the lips, and said, “Larry, if your mother and I live to be two hundred years old, that wouldn’t be long enough to thank God for the gift He gave to us in you. I am so proud that you’re my son!”

It would be hard to describe the words the transformation that took place in Larry Malaney, but I’ll try. He came back to school and remained a hippie, but he cleaned up the best he could. Miracle of miracles, Larry began dating a girl. And to top it off, he became the president of one of our fraternities. By the way, he was the first student in the history of our university to graduate with a 4.2 grade point average. Larry Malaney had a brilliant mind.

Larry came to my office one day and said, “Tell me about this man Jesus.” And for the next six weeks, in half-hour increments, I shared with Larry what the Holy Spirit had revealed to me about Jesus. At the end of those six weeks, Larry said, “Okay.”

June 14, 1974, Larry Malaney was ordained a priest in the diocese of Providence, Rhode Island. And for the past twenty years, he’s been a missionary in South America, a man totally sold out to Jesus Christ.

Do you know why? It wasn’t because of the six weeks of sitting in Brennan Manning’s office while I talked about Jesus. No, it was because of a day, long ago, during a Christmas vacation, standing at a bus stop, when his lace-curtain father healed him. Yes, his father healed him. His father had the guts to get out of the foxhole and choose the high road of blessing in the face of cursing and taunts. His father looked deeply into his son’s eyes, saw the good in Larry Malaney that Larry couldn’t see for himself, affirmed him with a furious love, and changed the whole direction of his son’s life.  –Brennan Manning, The Furious Longing for God, pp. 90-93

This is a true story. And a touching story. This is a possible story. Yet for many it is not a true story for you.

The Father’s heart says, ‘Come to me with your most unsolvable pain.”

I know, that is a hard concept to comprehend.

The answer still is the Father’s Heart of God. But you may want some tools to help you get there.

Read this book, The Missing Commandment: Love Yourself. Do you know why this is the missing commandment? It comes from within the Great Commandment which is found in Mark 12:28-31. One of the teachers of religious law was standing there listening to the debate. He realized that Jesus had answered well, so he asked, “Of all the commandments, which is the most important?” Jesus replied, “The most important commandment is this: ‘Listen, O Israel! The Lord our God is the one and only Lord. And you must love the Lord your God with all your heart, all your soul, all your mind, and all your strength. The second is equally important: ‘Love your neighbor as yourself.’ No other commandment is greater than these.” How can we love anyone if we don’t love our self. This goes together. My guess is you’ve never seen that correlation before. It is the beginning of your healing.

In addition, read any of Brennan Manning’s books. Those are probably already in your local public library.

And don’t be afraid to get further counseling. The Basels offer it. Your healing is important. The Father’s heart can and will heal you. You are not unworthy of healing even if you have to put some extra work in. This is the shame message inside your head, right? You are too broken to even be fixed by counseling. Or other people don’t need counseling but I do so something is seriously wrong with me. Both are lies and reek of shame. Stop. Starting counseling is the beginning of loving yourself. And you are a worthy one. 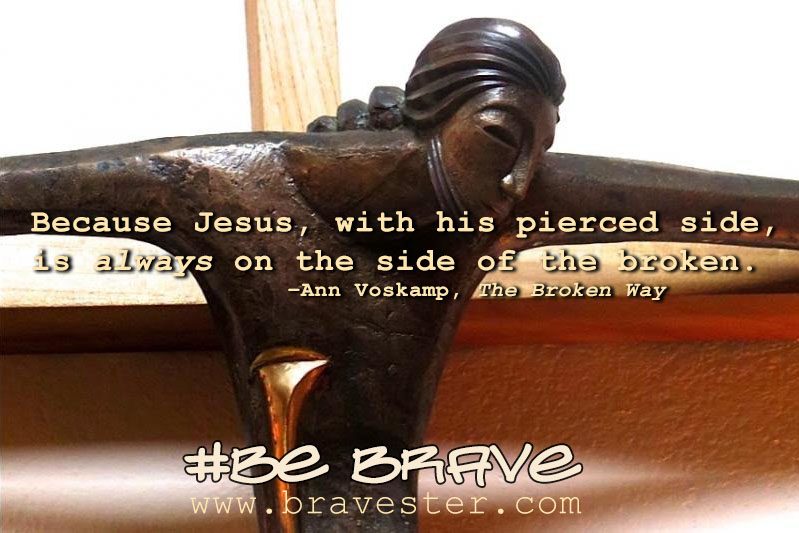 You Are Walking Down Another Street! There is No Greater Joy

Lead Your Brain (You Do Have the God-Given Authority)