What has happened to the practice of dating?

“Hookup culture, which has been percolating for about a hundred years, has collided with dating apps, which have acted like a wayward meteor on the now dinosaur-like rituals of courtship.”

That’s from a Vanity Fair article that has a lot of people talking and pondering. The article is very NYC-centric, which I find to not be a good representation of the dating practices of 20somethings all over America–though NYC does lead trends so it needs to be paid attention to.

The following are quotes from the article from actual 20somethings. You can read the context of all the quotes in the Vanity Fair article.  I did my best to not take these out of context.

From three men: “When asked if they’ve been arranging dates on the apps they’ve been swiping at, all say not one date, but two or three: ‘You can’t be stuck in one lane … There’s always something better.’ ‘If you had a reservation somewhere and then a table at Per Se opened up, you’d want to go there.’ …’Guys view everything as a competition. Who’s slept with the best, hottest girls?’ With these dating apps, you’re always sort of prowling. You could talk to two or three girls at a bar and pick the best one, or you can swipe a couple hundred people a day—the sample size is so much larger. It’s setting up two or three Tinder dates a week and, chances are, sleeping with all of them, so you could rack up 100 girls you’ve slept with in a year.’ He says that he himself has slept with five different women he met on Tinder—‘Tinderellas,’ the guys call them—in the last eight days.”

Another guy: “who prefers Hinge to Tinder (‘Hinge is my thing’), is no slouch at ‘racking up girls.’ He says he’s slept with 30 to 40 women in the last year: ‘I sort of play that I could be a boyfriend kind of guy,’ in order to win them over, ‘but then they start wanting me to care more … and I just don’t.’”

Another guy: “’Sex has become so easy. I can go on my phone right now and no doubt I can find someone I can have sex with this evening, probably before midnight.’”

A woman: “’There is no dating. There’s no relationships. They’re rare. You can have a fling that could last like seven, eight months and you could never actually call someone your “boyfriend.” [Hooking up] is a lot easier. No one gets hurt—well, not on the surface.’”

Please keep reading.  Do not get discouraged.

From a group of women: “When it comes to hooking up, they say, it’s not as simple as just having sex. ‘It’s such a game, and you have to always be doing everything right, and if not, you risk losing whoever you’re hooking up with. By ‘doing everything right’ she means ‘not texting back too soon; never double texting; liking the right amount of his stuff,’ on social media.”

From a woman: “It’s a contest to see who cares less, and guys win a lot at caring less.”

From a group of women: “It’s body first, personality second.” “Honestly, I feel like the body doesn’t even matter to them as long as you’re willing. It’s that bad.” “But if you say any of this out loud, it’s like you’re weak, you’re not independent, you somehow missed the whole memo about third-wave feminism.”

From a guy: “I hooked up with three girls, thanks to the Internet, off of Tinder, in the course of four nights, and I spent a total of $80 on all three girls.”

From a guy: “Romance is completely dead, and it’s the girls’ fault. They act like all they want is to have sex with you and then they yell at you for not wanting to have a relationship. How are you gonna feel romantic about a girl like that? Oh, and by the way? I met you on Tinder.”

From a guy: “Women do exactly the same things guys do. I’ve had girls sleep with me off OkCupid and then just ghost me (disappear, in a digital sense, not returning texts). They play the game the exact same way. They have a bunch of people going at the same time—they’re fielding their options. They’re always looking for somebody better, who has a better job or more money. A few young women admitted to me that they use dating apps as a way to get free meals. I call it Tinder food stamps.”

The article ends with interviews of some sorority girls talking about how they don’t have orgasms from such “hook up” sex and how sometimes they are afraid and about the increasing amount of erectile dysfunction in men. Here is the truth of the downside of all of this “hooking up.” This should be talked about more.

What has happened to dating? The girls in the article seemed to agree that 90% of all men are like this and there are only 10% of good men left. I believe differently. I live outside of NYC for one. I also know a whole lot of good men. And I believe I have a whole lot of good men to meet yet. As well as good women. I still believe good women and good men can meet and brave date and find a “love for a lifetime” match. I believe there is inner healing for women and men who have played the Tinder game and they can still have a “love for a lifetime” match. If you are one whom needs such inner healing, let’s talk.

One more quote from the Vanity Fair article: From a group of women: “They tell me how, at their school, an adjunct instructor in philosophy teaches a freshman class in which an optional assignment is going out on an actual date. ‘And meet them sober and not when you’re both, like, blackout drunk. Like, get to know someone before you start something with them. And I know that’s scary.’”

Yes, dating can be scary. Brave dating is dating to discover who you are. The result of this learning process will then lead you to a good match to give you that “love for a lifetime” you desire. Because vulnerability is involved, you must approach this process with bravery.

You can do this. I believe in you. 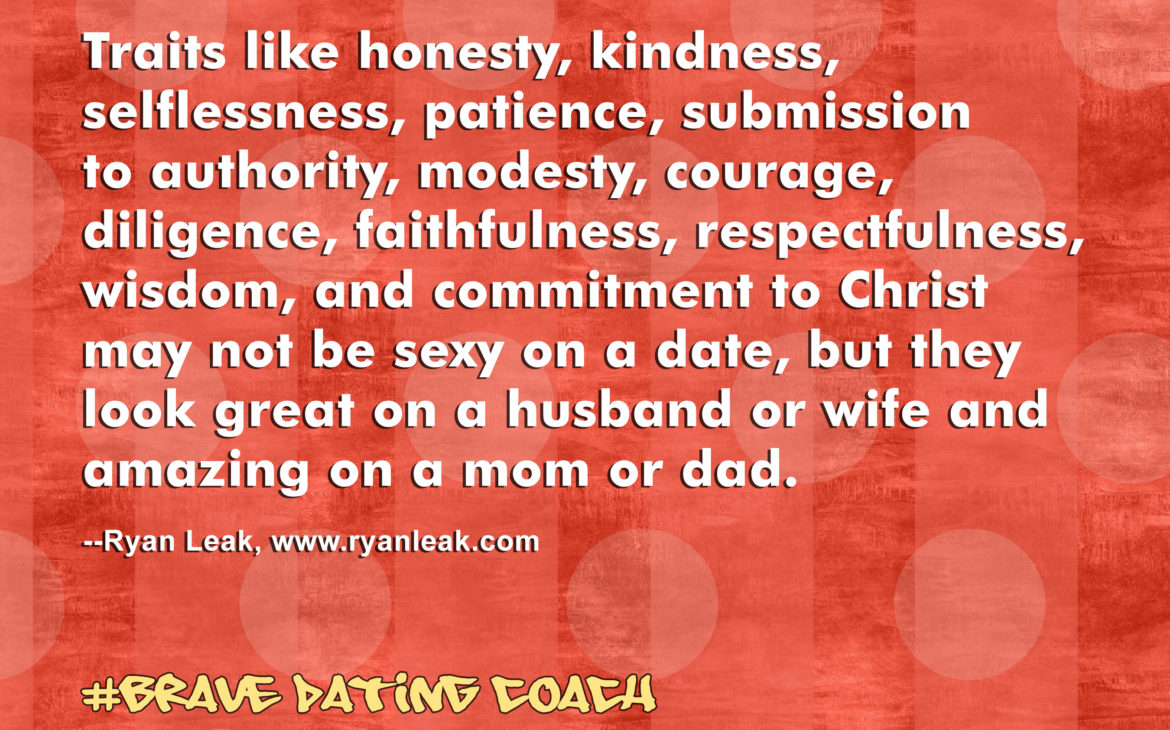