This past week has been a week of considerable joy for me.  This is not a feeling I can say that I have been used to recently. Generally speaking the winter months come with a time of depression for me, an additional layer of gray and dulling fog over my already delicate emotional state. This seasonal affect compounds with feelings of unworthiness and unloveability when February comes around and when I find myself faced with yet another Valentines Day alone.

Before I go any further, let me just say I hate Valentines Day. It is a commercial holiday invented by greeting card companies to handle the post Christmas lull in business. Personally I would rather have my significant other bring me flowers and chocolates because it’s Thursday and when he was at the store he saw them he then thought of me.  Or take me out to dinner because its Saturday and he wants to paint the town red with me. So why then is my body, my mind, my soul, and my emotions at peace and filled with joy when I am in the middle of winter and still single over Valentines weekend?

Well I don’t know exactly why but I have theory. Beginning with a few weeks ago.  I took a major step of faith deciding that I would not pursue a relationship with just anyone because I felt lonely, afraid, and uncomfortable in my singleness. I was dating a nice Christian man who could give me all the things I thought I wanted:  a husband, a house, children.  In this relationship I found myself heading back down that all too similar thought process of picking out wedding bouquets for a wedding I’m in not in any position to plan or picking out curtains for a house I don’t yet own.  Then the truth hit me like a ton of bricks.

It happened when I was on a date and talking to this gentleman about current events.  And whats more current than the inauguration of our new President. Now don’t worry I’m not going to go all political on you, but in that moment we did.  He and I began to break down our political opinions as to what we believed and why. Lo and behold we disagreed a lot.  And the more we talked the more we disagreed.  By the end of the night our date had become a long debate with neither of us ready or willing to sway each other’s opinions. However we still said we liked each other and we should get together again soon.

As I drove home I found myself wondering why. Why would I agree to go out again with someone I don’t agree with on so many issues that I consider my core beliefs? The answer I know now is fear.

The next day when the pastor at my church stood in the pulpit and delivered a powerful message about all that Jesus has done for us and what we would be willing to do for Him in return, I started to think. My pastor continued his questioning stating he didn’t want us to think on the grand scale of saving the world but on the small scale of humbling ourselves. Then he starting giving examples for husbands, wives, students, parents, and the single.  His example for the singles was this:

Humble yourself and give your relationship status over to God.  For those of you staying in a relationship that’s not working because you think this might be your last chance, end it, and trust that God has bigger plans for you.

In that moment I knew he was talking directly to me.  I have been so afraid that each and every relationship I had been in was my last opportunity for love, my last shot at the life I thought I was supposed to have. Ultimately all of my relationships ended, which made the next one seem ever more necessary. I wanted a wedding, a husband, and babies and the longer I had to wait for them the harder it was and the more fear I had.  So I took the challenge.  I humbled myself before God. I ended that relationship and put my relationship status in His hands.

In doing so I have since realized I do want so much more than I had told myself before. I don’t want a wedding because a wedding is nothing more than a party. I want a marriage that goes deep and holds strong in the ups and downs of life.

I don’t want a husband because any man can be a husband. I want a partner to walk with me everyday, someone who will not stand behind me or visa versa but someone to stand with me side-by-side, hand-in-hand.

I don’t want a house because a house is merely a building. I want a home where family and friends will always feel safe and welcomed.

I don’t want kids because biology can make anyone a parent. I want a family that loves each other unconditionally, that is not tied by blood or genetics but tied together by unfailing and unwavering love and support.

I don’t want just a life with just anyone.  I want so much more. I want the more that comes from knowing I am in a relationship with the person that God has put on this earth for the sole purpose of one day being with me for the rest of my life and being my partner.

Now I don’t know who he is or when I will meet him. But I know that even if I meet him and die the next day I will have been with the man God ordained for me. Until the day I do meet him I will have joy and know that God is preparing me and preparing him for all the challenges that life will throw at us once we are together.

So on this Valentines Day and for every other holiday between now and then, I choose to be Joyfully Single with the Lord. 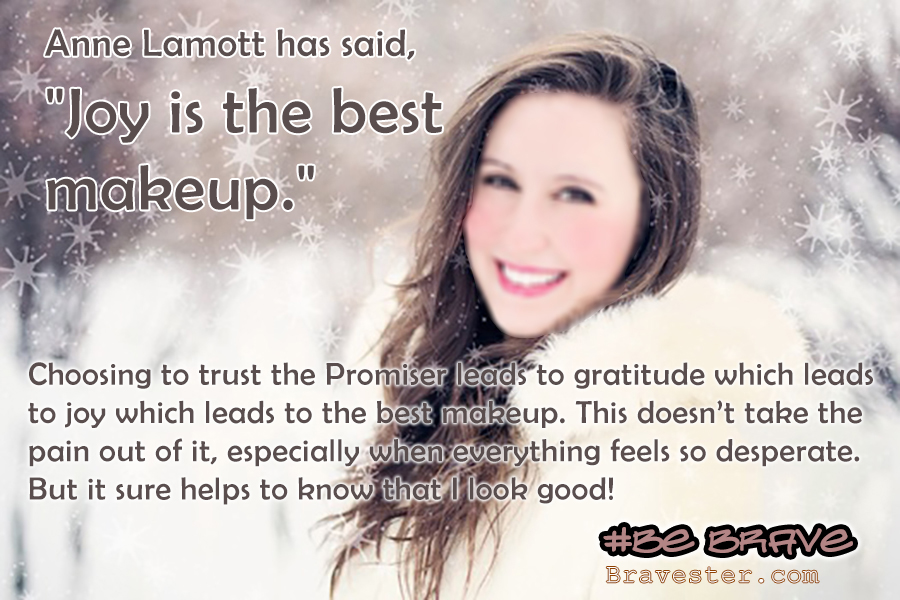 How Can I Find Contentment?

Say “Yes” to the Spontaneous