I clipped this quote many many years ago.

“‘For the first time in the history of the world,’ the New York Evening World announced in 1899, ‘it is possible to see what a kiss looks like.’ In 1933, one boy told an inquiring savant that the Lotharios on the screen had taught him ‘to kiss a girl on her ears, neck, and cheeks, as well as on the mouth.’ A girl confessed that she closed her eyes when being kissed–it was what actresses did.”  —U.S. News & World Report, June 1, 1998

Can you imagine? There was a time when people kissed with their eyes open?

Hollywood has taught us a lot about kissing. About relationships. About love. About sex. Is there an image in your mind about any of those that doesn’t come from some scene in a movie or show that you watched?

What I’m saying here is nothing new or brave. Hollywood has been carrying this blame—and trophy?—for a long long time.

This is far from the plans God intended for us. Not the part about kissing with our eyes open or closed. The part of where we get our standards.

So imagine yourself hearing Paul’s message about sexual purity for the first time back in the day when Paul first spoke it. I’ll let Andy Stanley describe the situation better. (it’s easier than me doing the research!)

“As we discovered earlier, twenty or so years after Jesus, the apostle Paul came along and contextualized Jesus’ teaching for a predominantly non-Jewish audience, an audience whose sexual ethic paralleled much of what we find in contemporary culture, only worse. In the first-century Gentile world, sex was all about sensual pleasure and women were considered commodities. Nothing new there.

In the first century, prostitution was not only legal, it was encouraged. While it was considered immoral for a man to have sex with another man’s wife, sex with prostitutes was not. Marcus Tullius Cicero, a Roman philosopher, lawyer, and orator, reflected on the mood of his day when he wrote: ‘If anyone thinks that young men should be forbidden association even with prostitutes, he is certainly very stern; but he is also in disagreement not only with the permissiveness of this century, but even with the custom and indulgences of our ancestors.’

“Prostitutes were not the only legitimate vehicle for extramarital activity. Slaves were used and abused sexually as a matter of course. While it was a criminal offense to have sex with another man or woman’s slave, what slave owners did with their own slaves was their business. Pederasty was legal as long as it involved slaves or non-citizens and as long as a Roman male did not play a passive role. Male passivity of any sort was viewed as weakness. Having sex with young boys was not.

“So, if you think the sexual ethic I’m advocating in this book seems a bit behind the times in our culture, imagine the challenge of introducing this message to the first-century cities of Ephesus, Corinth, and Rome. Yet everywhere he went, Paul found pockets of people who were receptive to his instruction regarding sexual purity. They saw Paul’s message for what it was: a way of life that restored dignity to women and self-respect for me. It was life giving. Liberating.” –Andy Stanley, The New Rules for Love, Sex, & Dating, p. 153-154.

There was a time when hearing the sexual purity message was as new as seeing a man and a woman close their eyes while kissing.

This is some of the shocking things Paul taught to Ephesus, Corinth, and Rome:

You say, “I am allowed to do anything”—but not everything is good for you. And even though “I am allowed to do anything,” I must not become a slave to anything. You say, “Food was made for the stomach, and the stomach for food.” (This is true, though someday God will do away with both of them.) But you can’t say that our bodies were made for sexual immorality. They were made for the Lord, and the Lord cares about our bodies. And God will raise us from the dead by his power, just as he raised our Lord from the dead.

Don’t you realize that your bodies are actually parts of Christ? Should a man take his body, which is part of Christ, and join it to a prostitute? Never! And don’t you realize that if a man joins himself to a prostitute, he becomes one body with her? For the Scriptures say, “The two are united into one.” But the person who is joined to the Lord is one spirit with him.

Run from sexual sin! No other sin so clearly affects the body as this one does. For sexual immorality is a sin against your own body. Don’t you realize that your body is the temple of the Holy Spirit, who lives in you and was given to you by God? You do not belong to yourself, for God bought you with a high price. So you must honor God with your body. 1 Corinthians 6:12-20

Let there be no sexual immorality, impurity, or greed among you. Such sins have no place among God’s people. Ephesians 5:3

So put to death the sinful, earthly things lurking within you. Have nothing to do with sexual immorality, impurity, lust, and evil desires. Don’t be greedy, for a greedy person is an idolater, worshiping the things of this world. Colossians 3:5

God’s will is for you to be holy, so stay away from all sexual sin. Then each of you will control his own body and live in holiness and honor—not in lustful passion like the pagans who do not know God and his ways. Never harm or cheat a fellow believer in this matter by violating his wife, for the Lord avenges all such sins, as we have solemnly warned you before. God has called us to live holy lives, not impure lives. 1 Thessalonians 4:3-7

Give honor to marriage, and remain faithful to one another in marriage. God will surely judge people who are immoral and those who commit adultery. Don’t love money; be satisfied with what you have. For God has said, “I will never fail you. I will never abandon you.” Hebrews 13:4-5 (The author of Hebrews is actually unknown. There are many theories it is Paul but not convincingly so.)

Do you notice how many times greed is also mentioned with sexual immorality? Do you think there is a connection between the huge amount of debt we have these days and the lowered standards in our sexual morality? Do you also notice the promise the Hebrews writer gives you?

Be brave. May the real you define your sexual morality. 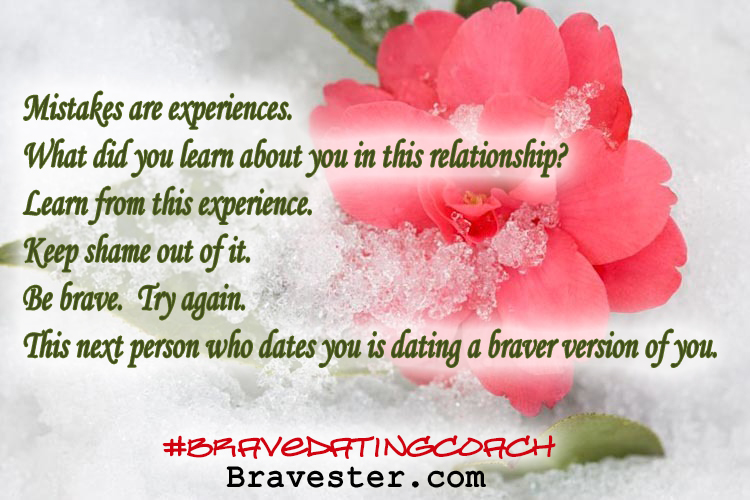 The Vulnerability of Dating