“I feel like a part of my soul has loved you since the beginning of everything. Maybe we’re from the same star.”
― Emery Allen

Oh sheesh. The mystical magic of love. That is not real.

This was just one of many beautiful yet sappy quotes on finding your soul mate. Then I went to Wikipedia  to find the origin of soul mate. How interesting. And how reverse to what the soul mate has become.

It is said that humans had great strength at the time and threatened to conquer the gods. The gods were then faced with the prospect of destroying the humans with lightning as they had done with the Titans (not the Tennessee Titans because they can’t win a game) but then they would lose the tributes given to the gods by humans. Zeus developed a creative solution by splitting humans in half as punishment for humanity’s pride and doubling the number of humans who would give tribute to the gods.

These split humans were in utter misery to the point where they would not eat and would perish so Apollo had sewn them up and reconstituted their bodies with the navel being the only remnant harkening back to their original form. Each human would then only have one set of genitalia and would forever long for his/her other half; the other half of his/her soul. It is said that when the two find each other, there is an unspoken understanding of one another, that they feel unified and would lie with each other in unity and would know no greater joy than that.

Ah…the soul mate. You can see where the desire for this comes from. Who doesn’t want to feel unified and lie with each other in unity and know no greater joy than that. That is the reason why the search for a soul mate is held in such high esteem. Such dreamy possibilities. We get to mystically discern if you are “meant to be” together. How romantic. Maybe you are from the same star.

I ask you to look even closer. Plato’s view of romantic love makes us weaker where the biblical view of love makes us stronger. Plato’s view of a soul mate is one of desperation and hopelessness until you find “the one.” You are a half person until you find your match. And the soul mate was a fix for humanity’s pride, it was created to put us in our place.

Meanwhile the biblical view of love strengthens us—and each other. Because being redeemed by God makes us whole. Then we get this wonderful miracle of marriage of two whole people becoming whole. 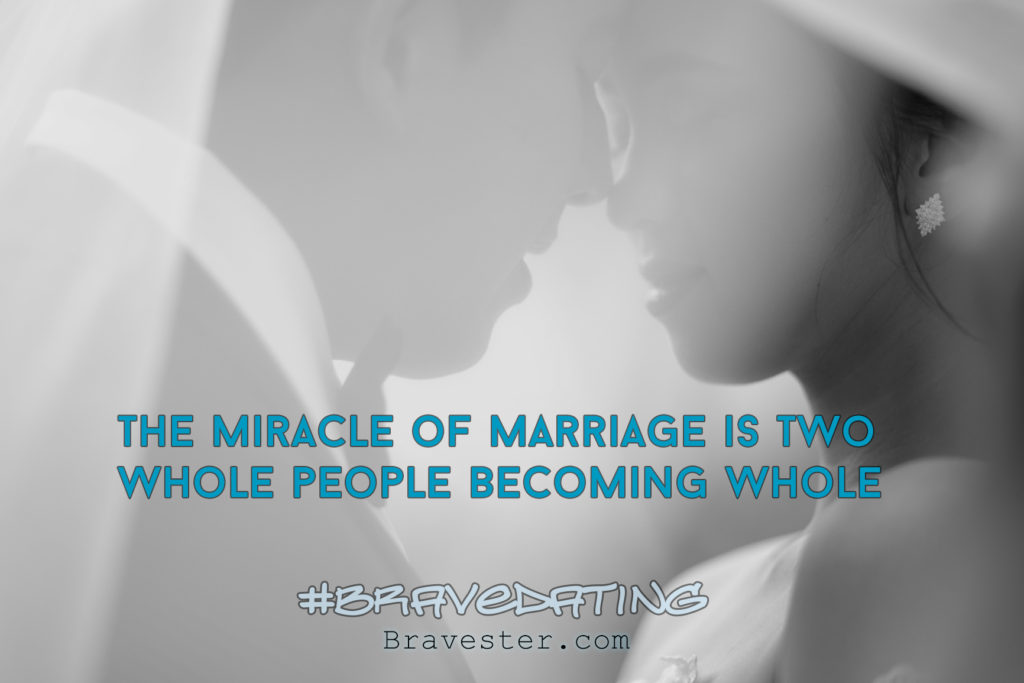 One more thought that is not mine:

I need you right now to put this book down, take out a piece of paper, and list all the biblically sound reasons you believe “the one” or soul mates or other halves exist. Because here’s what I know: God did not make us for each other. God made us for himself, for his glory, and for communion with him. The only person we were made for was Jesus Christ and to give that position to any human is to elevate a bond far higher than it can sustain itself. That relationship will disappoint you. It will break your heart over and over again. —Party of One: Truth, Longing, and the Subtle Art of Singleness by Joy Beth Smith

Read also: The Myth of the One
Being a Whole and Unique Person Before and After Marriage 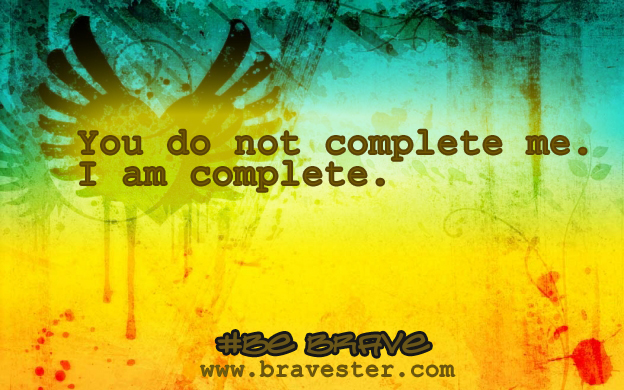 Brave Dating Practice: Is This Person a Taker of a Giver?