I have yet to write about this “huge” Christian dilemma of dating someone who is “unequally yoked.” Mostly because I hate that term. I’ve had those words beat over me enough when I was younger. I’m not even happy to include them in the title. They are such “Christianized” words that they sound ridiculous. Yokes are not a part of our daily life, unless you are still living on a farm (which then many people are jealous of you) and you are using a yoke with your farm animals instead of more modern equipment. Or unless you are Amish and then you wouldn’t be reading this. For your good health though, yolks should be a part of your life. They are packed with protein.

I haven’t written about it yet but I do have some strong opinions on it. Strong opinions that I share with the people I am coaching but not fleshed out enough to put out in blog world where it may be misunderstood. I’m all about you finding a good match which leads to that love for a lifetime. And being with someone who has a similar faith as you is very important in that. But the answers I have learned are not that simple. Mostly because humans are not that simple. Some would judge that I married unequally yoked. I would judge it that way. Yet I had my team’s full support and now we’ve been married over 20 years.

So I use “unequally yoked” in the title of this blog as clickbait (I’m being honest here) and because I stumbled across the interesting survey about that topic from Pew Research Center. The “Stats” part of the title is accurate. This is a blog with stats. How exciting?!

It is exciting for me. I’m continually reading new studies and stats. It is of interest to me. What I’m passing on to you is of interest to me. Nowhere in this study did the authors ever use the words “unequally yoked” because why would they. Those are Christianized words. Yet the stats did unveil a worry.

To complete the trifecta, here are the stats for children of two unaffiliated parents: 63% are still unaffiliated; 29% are now Protestant; and 7% are now Catholic.

Notice the large number of children who keep the faith of their TWO parents. Now we will create “unequally yoked” mixes of parents. Throughout these numbers, notice the larger numbers of those who say they are unaffiliated.

Children of one Protestant and One Catholic parent: 38% are now Protestant; 29% are now Catholic; and 26% are now unaffiliated.

Children of a Protestant mother and Catholic father: 49% are now Protestant; 25% are now unaffiliated; 14% are now Catholic.

Children of a Protestant father and Catholic mother: 38% are now Catholic; 30% are now unaffiliated; 29% are now Protestant.

Any percentage in the unaffiliated column breaks my heart. That is someone’s soul who is lost and away from the Truth of God. So to see those large percentages of souls not following in a parent’s faith breaks my heart.

Of course there are a thousand reasons as to why someone walks away from his/her faith. This study did not look at that. It may have had nothing to do with the parents. And of course respondants to surveys are not always honest. That variable is always figured in to every proper survey. But if you look simply at the numbers, it is very clear that not being of the same faith as parents does affect your kids.

What I’m not saying is that you should only go out with Christians who are on your faith level. How do you possibly do that when you are dating or simply meeting for coffee? How do you know that about a person…unless you are going to make a random judgment about someone? This is why it is so important that you live this core brave dating practice quote:

“Live your life to the full bravely following after Jesus. Now. As you are living bravely, who is keeping up with you? That is the match for you.”

Have that coffee date with that someone you are just getting to know. At no point in that coffee date are you to hide your faith or live less of your faith. Let this person see and feel your contagious faith. You must be this from the very beginning. You are worth being kept up with.

Why I pass on these numbers to you is to show you how kids are affected when you choose someone who does not keep up with you. Do not contort yourself to keep that relationship. You can do better. For your sake as well as for your future children. 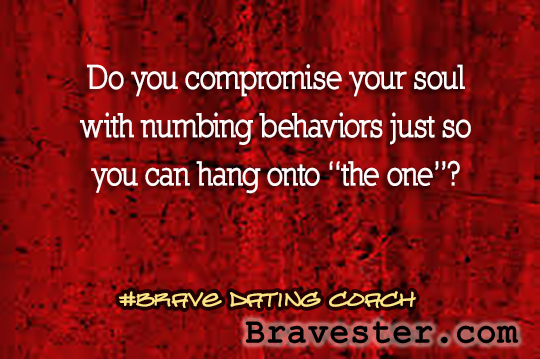 When the Relationship is Over. Everyone Knows It But You.